Civilization and the Death Penalty

First, a couple of pictures: 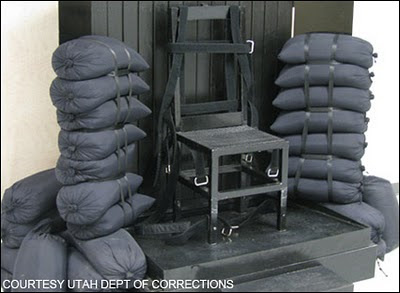 This is the chair Ronnie Lee Gardner sat in as he was executed by a firing squad in Utah. 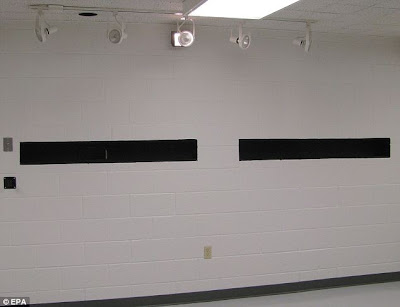 And this is the wall the executioners stood behind.

Being a civilized nation entails that we turn away from cruel and horrible ways of treating people. We like to believe that we've evolved past the enjoyment of public hangings, drawing-and-quartering criminals, and displaying the heads of beheaded criminals on public fenceposts. But to evolve past this, we need to also move past the necessity to have executioners among us. What does it do to an individual to be the one whose job it is to kill people? Can someone who has this job comfortably live among others in a civilized nation? And what must our self-conception be if we're OK with the fact that our criminal justice system necessitates the existence of executioners?

Obviously there's an executioner, or several executioners, in every form the death penalty takes. But in particularly violent methods like firing squads, the question of what it means to adhere to a system that requires some of the citizens of your nation to get paid for killing others seems particularly salient. Obviously military service is an instance of getting paid to kill. But something about the quiet calculation involved in executions, the protection and anonymity provided by the wall the marksmen (markswomen?) stand behind, the helplessness of the convict as he's strapped to the chair, the spectacle an execution always becomes as friends and family watch from behind darkened glass... I'm not really sure what arguments could be made that this is the action of a civilized nation.


Incidentally, while writing this post I learned that markswoman is not a recognized word in our language, while marksman is. And they say language isn't normative. How cute.