The thing about the Trayvon Martin story

A lot of insightful things have been said about the Trayvon Martin story, and I don't feel much need to duplicate them here. The tragic intersection of culturally manufactured fear with our deep commitment to racial narratives and the valuing of property over persons... it's a recipe for disaster, to say the least. 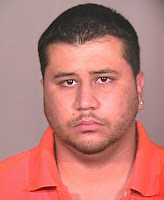 But there's another significant piece of this story that merits some discussion. It centers around Zimmerman's identity rather than Martin's. Zimmerman appears to be unemployed, but at one point what he really wanted was to be a cop. He took Criminal Justice classes and applied to the sheriff's citizen patrol program. He appears to have spent a lot of time driving around his neighborhood playing cop. Being a cop, officially or otherwise, was central to his identity. And this gives us some important insights into his behavior.

I don't by any means think all cops are corrupt and power hungry. I don't by any means think that there are no good cops. What I do think is that the mindset and culture of most police agencies is such that it attracts a certain type of personality and encourages a certain type of behavior. I have jokingly said to friends before "there's two kinds of cops: those who were bullies as kids, and those who were bullied." While I was joking, and I do think there are a few cops for whom this isn't true, generally speaking, this is a good rule of thumb to bear in mind when interacting with a cop. You should be asking yourself "What does s/he have to prove?  What personal insecurity or childhood scar is this particular badge and gun supposed to be compensating for?" It will make you both more cautious and more compassionate when interacting with cops.

However, this only works if you happen to be in a privileged class, in terms of law enforcement. If you seem suspicious in any way, or you don't conform to the (generally very socially conservative) norms that most cops utilize to make their judgements about those with whom they interact, this probably won't help you. Your best bet is to avoid cops altogether. Like by not walking alone in your own neighborhood at night with your hood on, or being young and male and African American to begin with.

...back to Zimmerman, though. So the details that are emerging about George Zimmerman reveal a person who was one of these types of cops to the core. Every person he interacted with who wasn't clearly a part of some law enforcement agency or wealthy and white was a suspect. Any individual he fixated on was guilty until proven innocent, and he would never allow some paltry little facts to get in his way. He walked around looking for a fight, and some means of soothing/boosting his ego. His view of himself as a "good guy" was so central to his identity that it drove him to irrational and sinister extremes.

This Zimmerman guy - he's scary. At this point, a lot of Americans are realizing how scary he is. But what's more scary is that hundreds of thousands of others who are remarkably similar to him in profound ways patrol the streets and prisons of America every day. People who's ego needs salving, who find reassurance of their strength only by using the constructs of the police and prison system as a weapon against others whom they have personally deemed to be of little or no value to society. The fact that our law enforcement and penal systems attract and encourage these types? That is a serious problem that we face as a nation and that will continue to produce collateral damage in the form of broken bodies and ruined lives.
16 comments

I generally avoid writing anything about Rush Limbaugh, because really, he knows who he is, we know who he is, he's not going to change, his fans aren't likely to change... so what's the point. But his apology for calling Sandra Fluke a slut and a prostitute got me thinking. Not about him so much, but about apologies in general.

What is it about an apology, and what are the conditions an apology must take place in, in order for us to take it seriously and accept it? This is interesting to me primarily because of my interest in forgiveness, and what both apologies and forgiveness do for both the wronged and wronging parties. But it's also interesting because of the role that public apologies play in our public life. It seems like in this age of electronic communication, what you say travels so far so fast, that the likelihood that any given public figure will find themselves issuing an apology at some point is very high.

In this case, Limbaugh has a pretty good incentive to make an apology. With sponsors of his radio show bailing left and right, he made this statement (via Politico) yesterday


“I always tried to maintain a very high degree of integrity and independence on this program. Nevertheless, those two words were inappropriate, they were uncalled for, they distracted from the point that I was actually trying to make, and I again sincerely apologize to Miss Fluke for using those two words to describe her. I do not think she is either of those two words.”

Limbaugh went on to reassure us that his apology was "heartfelt" and "sincere."

First, if you have to explicitly reassure people that your apology is sincere, we probably have good reason to suspect its sincerity to begin with. He doth protest too much and all that. But beyond that, we have reason to doubt the sincerity of his apology in general. If a person is apologizing for something he said which was 1) consistent in every way with his worldview and character, and 2) the kind of thing he's highly likely to say again in the future if he thinks he can get away with it, then why would we take his apology seriously? It's not that there's anything wrong with this apology itself. There's none of the doublespeak and passive-aggressive tone that some apologies have that make them so unbelievable. In this case it's purely a matter of context.

Rush, we believe you that you're sincerely sorry that you're getting some heat and losing advertising dollars over this one. That regret is clearly heartfelt and sincere. Regret about what you actually said? Not so much. The deeper lesson here (for you and everyone else) is that what makes an apology believable and constructive goes well beyond content. Sometimes context is everything.
2 comments

Blast from the Past: Own your Space

Originally posted on Feministing way back in the day (December 2008), and still earning me the occasional hatemail....

This semester I had several female volleyball players in one of the classes I teach. They were all very tall, physically powerful, intelligent, well-read, and confident. But you never would have guessed by the way they carried themselves – in the hunched over semi-apologetic manner that tall women are supposed to have in our culture. As if being a tall woman is an offense to all the men you encounter who are shorter than you, so you have to hunch your shoulders down, duck your head, and keep your elbows close to your sides so as to not harm any male egos. This attitude is not new to me, being tall myself, but it irritates me that tall women are still made to feel this way. Obviously they’ve internalized the cultural message that it’s inappropriate for women to take up so much physical space and be imposing in any way.

A few years ago I researched this topic and read a number of studies on gendered use of personal space for a paper I was writing. It’s an interesting topic. Generally speaking, the use of personal space matches a person’s social status. So when two people interact, the one with higher status is more likely to invade the personal space of the other. Of course, this follows gender lines, and men use more space than women and are more likely to invade the personal space of a woman. One study used hidden cameras in train and bus stations in Europe to show that when women are sitting on a bench they keep their arms folded, elbows tightly at their sides, knees together, etc in order to minimize the space they need, while men sprawl out on the bench, spread their arms on the back of the bench, extend their legs out, even if their knees end up invading the space of a woman sitting next to them, etc. I can’t tell you how many times I’ve experienced this on an airplane, where the man next to me thought it was pre-ordained that the arm rest and half of the floor space in front of my seat belonged to him. A similar study looked at men and women walking in public spaces. When the path of a man and woman are going to cross, it’s always the woman who’s expected to alter her path to avoid a collision. In addition, women restrict their stride as compared to men, and tend to hunch their shoulders and not initiate or maintain eye contact.

So after I did this research my friends and I started messing around with this. We found that if you don’t alter your path when walking toward a man, a lot of men will almost run right into you, or bump their shoulder against yours, and then turn and give you this weird look. The weird looks you get are increased if you stand up straight with squared shoulders and take longer strides. I habitually walk this way now, and I continue to get puzzled looks by men who turn around after I pass them and watch me with an uncertain look. Part of it is because I’m fairly tall and refuse to hunch over or refrain from wearing boots with a heel (which make me 6’1″) if I feel like it. But also, if it’s not easy or the most natural for me to alter my path, I don’t. Oftentimes the man will have more space on his side of the sidewalk and I would have to step off onto the grass, or pause and wait for him to pass me first. I refuse. This really does bring strange reactions from men, but I don’t think they quite understand what seems so strange to them. Hence the puzzled looks. I also insist on owning my space in bars and restaurants where women are expected to yield their space, and I don’t shrink from eye contact or look away first. The strange thing is, once men get over the puzzled reaction, the usual response is fascination (except for the really insecure ones who feel threatened). But I see this as more than a fun social experiment (and now a habitual way of carrying myself). I think it’s subversive for women to abandon the sexist expectations to which they’ve been socialized to conform. By challenging these profound but unspoken signs of dominance and hierarchy, you can defy sexist attitudes every day without even being aware of it anymore. And that kind of kicks ass, in my view. So my challenge to feminists is to own your space. Become aware of how you sit/stand/walk/make eye contact, and stake your claim. A few weird looks from men isn’t going to hurt you, and it’s amazing how moving through the world in a confident manner changes your own self-conception over time.
14 comments