Here's a fabulously well-written article on childbirth in the US:
The Most Scientific Birth Is Often the Least Technological Birth


In the most breathtaking analogy of the month year, Republican National Committee Chairman Reince Priebus claims that saying the GOP is waging a war on women is like saying they're waging a war on caterpillars. Because everyone knows that Republican dudes are so obsessed over the physical autonomy and reproductive practices of caterpillars that they're losing sleep over it. Oh wait, no. That's the physical autonomy and reproductive practices of women that they're so obsessed with. I remember now.


Stanley Fish has a great discussion of the role of faith and trust in religion and science over in the NYT blogs. Section one:  Citing Chapter and Verse: Which Scripture Is the Right One? and two: Evidence in Science and Religion, Part Two.


And finally, a webcomic of the week: 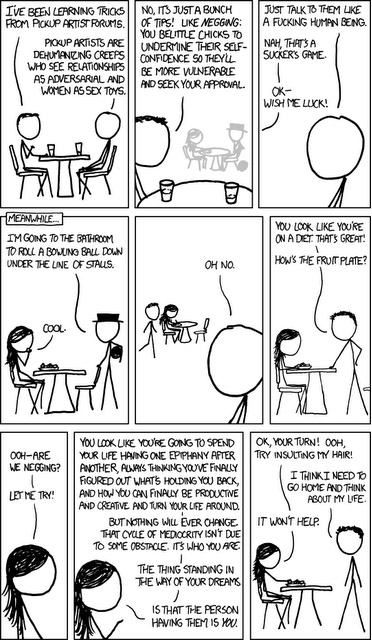 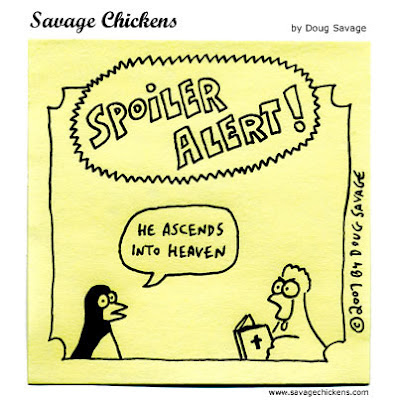 Happy Good Friday, if you're into that kind of thing.

Have a great weekend!
0 comments 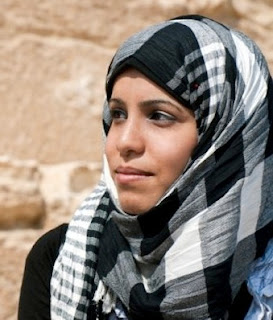 Amina Filali had a big problem. Under Moroccan law, the 16 year-old girl was forced to marry her rapist in order to protect her honor. By which we mean her family's honor. After several months of marriage, during which her new husband beat her regularly and her mother advised her to be patient, Amina solved the problem the only way she could. She swallowed rat poison.

Meanwhile, smug Americans - the socially conservative and right-wing extremists among them - clutch their pearls and Tsk Tsk over those barbaric Muslims and their mistreatment of women. But when it comes right down to it, the views of socially conservative Americans are of a piece with laws and policies which require women to marry their rapists in order to preserve their family's honor. The common theme is this: it is a woman's responsibility to sacrifice her own well-being and autonomy to protect and maintain the family. No matter what the cost. Her economic, physical, emotional, sexual and social well-being can never trump the interests of her family.

So maybe the vocabulary is different. Maybe the socially conservative crowd refers to it as "a woman's calling" rather than "her family's honor." But underneath it all, it's the exact same idea.

The difference is, in Morocco they have the balls to come right out and say that a woman's well-being, interests, and desires don't and shouldn't factor in. Wouldn't it be refreshing if social conservatives in America would do the same?