The Zero-Sum Construction of Masculinity 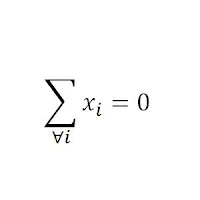 the loss of another player or players. So if you add up the gains and losses of all the players, the sum is always zero. Some real-world examples of zero-sum competitions are territorial gains, which always result in a reciprocal loss of territory for someone else, marketshare competition, and coercive economic situations where the party that is profiting does so at the expense of others, as in the case of cutting wages to increase profits and appropriating resources without proper compensation to the rightful owners. In each of these cases, one party is enriched at the expense of the other.

So what does this have to do with the way our culture constructs masculinity, you ask? Everything. OK, maybe not everything, but a lot. In the case of anal penetration, the conventional construction of it was that the man who finds himself being penetrated loses social standing while the one who penetrates him gains social standing. Similarly, the man who gives oral sex to another man loses standing while the receiver gains. The gains and losses are reciprocal. Thus you have derogatory terms like "cocksucker" and "fucked in the ass." And thus gay men are generally imagined in hetero culture to be either the debased "woman" or the slightly more acceptable "man" in the relationship.

This explains the jokes and insults among straight men that center around a man being penetrated or being reduced to sucking another man's cock. To insinuate that a man became another man's "bitch" in a situation is to feminize and devalue him while valorizing and honoring the dominant one. So one wins at the expense of the other. And pointing out any weakness or vulnerability in another man elevates the one who points it out, so that most social gains that are made among men are made at a reciprocal cost to another man.

It's important to note here that I'm not trying to demonize any individual men, or suggest that men as a group are somehow morally deficient. This is simply the mode of interaction that men are socialized into from the time they're young boys playing together, and they replicate it throughout their adult lives. For example, this weekend we had a number of our friends over, and several of the interactions I observed really struck me as conforming to this model. In one 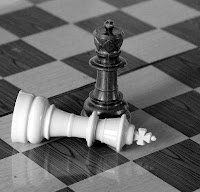 conversation, almost everything negative that was jokingly said about a particular man (we'll call him T) boiled down to calling him a woman, or using feminine adjectives to describe him, or suggesting that he was gay. And all of these pejoratives served to highlight the respect-bordering-on-awe that is collectively felt in this group of friends for the man who was issuing these insults (we'll call him J). It's as if J's elevated position in the group is inextricably coupled with the belittlement of his peers. And in this particular dynamic, he's often not even the one who's instigating the zero-sum game, but instead it's become this recurring theme that everyone accepts and replicates even in his absence. And the jokes and insults that seem to be the funniest to men (and not just this group of men, but also other men I've been friends with) are the ones that insult and denigrate one man while building up another the most. The female friends in our group seem to sort of tolerate this dynamic for awhile, but eventually become bored with it and drift off in different directions until the conversation shifts and becomes interesting again. I think we've always thought of it as this kind of immature "boy talk" that our otherwise intelligent and interesting male friends seem to fall into at times.

But I think it's significant that this throwback to little boy culture is so prevalent in adult male interactions. And I think it's indicative of underlying attitudes toward women and homosexuals. In this regard, I think adult hetero males inhabit a world that's deeply conflicted and full of subtle tensions. Consciously, I suspect most adult males think of women and gays as equals.

There's certainly a lot of explicit societal pressure on them to at least act as if they do. But at the same time they're navigating this context which implicitly devalues anything that's not-masculine and awards reciprocal honor to the masculine, or not-feminine and not-gay. Even the fact that everything is defined in terms of what it's not (masculine=not-feminine) reveals the zero-sum nature of this social construction. So I think this is one aspect of patriarchy that hurts men too. Inhabiting a world that's so tension laden, and constantly being stuck on the hamster-wheel of one-upping and denigrating your peers in order to maintain your status can't really be good for you. And it's certainly very bad for those who serve as the negative and devalued analogue (i.e. women, homosexuals, etc) that these kinds of comparisons depend on. So given the fact that it doesn't appear to benefit anyone in the long run, there doesn't seem to be any reason to maintain this construct. I vote for change.