I read this post, MOTHERS Act To Drug America's Moms For Fake Postpartum Depression, over at blogHer this morning, and I've been thinking about it all day. I've got several things to say about it, but I'm a bit wary about saying them. This is a super-sensitive topic for many people, and I'm not out to step on any toes. BUT...there are some things that need to be said. So here goes.
It seems to me like there's a simple binary presented here. On the one hand, you could wholeheartedly support the Melanie Blocker Stokes MOTHERS Act and refuse to question the financial interests of the pharmaceutical companies that back it or the cultural views and social contruction of women and motherhood that are entailed by it. This is the view that the author of the blog post supports. On the other hand, you could oppose the legislation on the basis of the claim that every diagnosis of postpartum depression or anxiety, postpartum OCD, postpartum psychosis, or depression and anxiety during pregnancy is fraudulant and that this bill is just an elaborate hoax on the part of big pharma to make more money.
So these are your two choices. Either collude with the pathologizing of women's experiences or 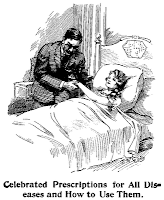 tell them "it's all in your head." The thing is I sympathize with both perspectives here. But I reject them both. It's true that there's a long and rich history of pathologizing women's experiences, attributing their behavior to those mysterious hormones, and drugging them when they display "unwomanly" behavior. Oh yes, believe me, it's a long and rich history. It's also true that the pharmaceutical industry has it's dirty little hands in all kinds of legislative pies, and anytime you see that a bill is backed by or written by big pharma you should be very, very suspicious. Very.
On the other hand, there's also a long and rich history of dismissing women's health concerns and telling them that their experiences are "all in their heads." When women have tried to describe their real lived experiences, medical professionals have often dismissed whichever portions didn't fit into their carefully delimited categories and instead imposed their own understanding of the situation in their diagnosis and treatment, even if that was deeply inconsistent with the actual experience of the patient. So the author's fear that opposition to this bill amounts to dismissing the experiences of women as "fraudulant" is not unfounded.
But in reality, we're not forced to make a choice between these two options. We could reject them both in favor of some other view. And, if I had my say, that view would require a lot more detail and nuance than either part of our original binary possess. For instance, what is actually entailed by this bill? A quick skim through the bill itself seems to back the claims of those who fear that big pharma is using pregnancy as a platform for screening women for a wide range of mood and anxiety disorders that would result in millions of new lifelong customers for the industry. Many of the disorders screened for don't seem to relate to pregnancy or childbirth at all. Then there's the additional fact that congressional support for the bill comes from politicians from "pharma-rich" districts. Seems a bit shady.
Other concerns center around the screening process. I personally feel a bit resistant to any kind of mandatory mental health screening I would be exposed to simply because I was pregnant. But I have some fairly strong anti-paternalist tendencies. While I was pregnant I actually was asked on several occasions whether I was feeling anxiety or if I was depressed or "tearful." On each occasion I truthfully answered "no" and the subject was dropped. However, one concern is that in the new mandatory screening, many experiences that will become "symptoms" are merely a normal part of the experience of being a new mother. Being tired and a little worried about your ability to handle your new responsibilities is a perfectly normal part of the postpartum period, and I would hope that this doesn't become pathologized and medicated. On the other hand, feeling completely overwhelmed and unable to cope is often an indication of postpartum depression, and those who are concerned about mothers whose depression goes undetected have a very valid concern.
Similarly, one concern is about the suggestability factor, since patients in this case would be undergoing screening not because they have complained of any symptoms, but merely because 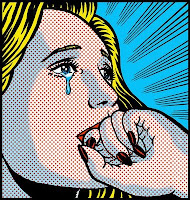 they're pregnant. During a time in your life when you're experiencing a whole range of new emotions and your identity is undergoing some fundamental changes, you may be more open to suggestion and inclined to innaccurately characterize your experiences using the vocabulary made available to you in the screening process. Further, the nature of interactions between patient and care provider tends to be characterized by a huge power and knowledge imbalance, where the patient is contructed as the ignorant supplicant who ought to be docile and cooperative if she cares one ounce about the health of her baby, and the care provider is contructed as the all-knowing, superior being whose words cannot be questioned. This power differential is likely to contribute to the suggestability factor. Once again, this would not only serve to benefit big pharma, but it would be a further step in pathologizing behavior and experiences of women that are well within normal parameters.
Of course, much of this is speculation. And it's certainly true that women need access to assistance and resources to help them deal with serious issues they may experience postpartum. And there shouldn't be any stigma surrounding their use of this help or any economic barriers in place to prevent their access to this assistance. But I think the economic barriers to seeking assistance is actually the issue we should be focusing on.
So a part of me can't help but question the motives involved in this legislation and the wisdom of imposing mandatory screening, beyond the basic inquiries and mention of available assistance that I experienced during and after my pregnancy. I don't want to be forced to answer a bunch of questions and expose myself to a lot of scrutiny if I feel that my mental health is fine. And I don't want to have some culturally informed norm held up to which I'm supposed to aspire. I came to terms with the fact that I often don't emote or express myself in a stereotypically feminine way long ago, and I suspect that many women don't naturally experience the world this way, although most of us are very good at covering that fact up and acting out the script. To me, imposing mandatory mental health screening is one more way to institutionalize these norms and expectations while pathologizing any experiences that fall outside of them. Further, it infringes upon women's autonomy by assuming that they're not self-aware enough to understand their own inner life and seek help when necessary. At the same time I realize that my experience is not that of everyone's, that a person who is experienceing depression may well be the last to recognize it, and that economic barriers are often the true culprit here.
So what I'm saying is, topics like this are very complicated and rarely fit neatly into a binary of two extremes, as they are often portrayed. In most cases, we'd be better served by rejecting the binary altogether and searching for a third way. But that third way often involves negotiationg a thin path between the two extremes, and much care is needed to avoid stepping on toes and unintentionally othering people or their experiences. Walk carefully!