Who Counts as a Terrorist? 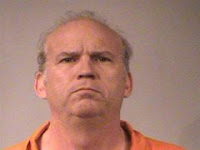 were similar in some ways, but dealt with very differently. The first one covered the the murder of Dr. Tiller, and the question was raised of whether this counted as terrorism. The legal expert who was being consulted said that the nature of these kinds of murders (one person operating alone, with a specific target in mind...) places these kinds of murders outside of the justice department's definition of terrorist acts.

A few minutes after this story was covered, the story of Abdulhakim Bledsoe was covered. Bledsoe has been charged with murder and with engaging in a terrorist act, ostensibly because he fired shots in an occupied building. Of course, Scott Roeder also fired shots in an occupied building. Lots of people were attending church that morning. But Roeder is being charged with murder and aggravated assault. So what 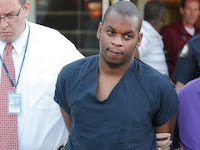 are the relevant differences between these two cases? Roeder's skin is white while Bledsoe's skin is brown. Roeder professes to be a Christian while Bledsoe is Muslim. And Bledsoe killed a member of the military, while Roeder killed a "controversial late-term abortion doctor." As if Ritter only performed late-term abortions, and as if he wasn't in fact a gynecologist, not just "an abortion doctor."

So there you have it. The intersection of three aspects of the identities of the perpetrators and victims which make all the difference in who is labeled as a terrorist and who isn't. Because everyone knows that terrorists have brown skin, are Muslim, and want to kill American soldiers. Right?