You've probably heard the stat that 1 in 3 Native American women (who live on Indian land in the U.S.) will be raped in her lifetime. I had heard this several times before, but never with an accompanying explanation of why American Indian women are vulnerable to sexual assault at such high rates. But this weekend on NPR Laura Sullivan had a great story on this which answered a lot of questions. You can listen to the podcast here or read the short article here.

According to Sullivan, there are three contributing factors to this epidemic of sexual assault. First, law enforcement agencies on Indian lands are chronically underfunded. This is changing some due to casino revenues. Second, based on a 1978 Supreme Court ruling, only federal prosecutors can prosecute crimes committed on Indian land by non-natives. Tribal law enforcement can only arrest and prosecute Native Americans. And here's the staggering statistic: according to the Justice Department, in 80% of rape cases on Indian land the assailant is non-native. When the assailant is non-native, tribal law enforcement must refer the case to federal prosecutors. So here's where the third factor comes in. Federal prosecutors routinely choose not to prosecute approximately 75% of these cases. One former tribal law enforcement officer claimed that prosecutors only took cases where there was a confession.
The fact that 80% of those who commit sexual assault on tribal lands are non-native suggests that critics are right in claiming that many predators see Indian women as fair game. It also suggests that our government, and our society in general, could give a shit about Native American women. The degree to which we value a person and the extent 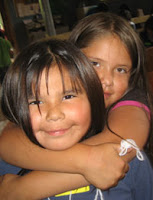 to which they're viewed as fair game by predators is always linked. Because the less we value a body, the less we protect it. And the less we protect it, the more vulnerable it is. Since brown female bodies just aren't that valuable to us as a society, they're very vulnerable. This is not a new phenomenon. These statistics have been floating around for years, but there's no public outcry to speak of, no effort on the part of Congress to change the status quo. And young girls growing up on the reservation see this. They understand that their physical and emotional well-being are the last things we care about as a society.
So the good news is that Congress is finally paying attention to the problem and moving to change it. I'd like to think it's out of compassion, but it probably has more to do with the increased economic and legal resources available to Native Americans thanks to casino revenues and an increase in the number of Native Americans who have acquired a legal education. At any rate, when The Tribal law and Order Act comes back up for debate, urge your congressional representatives to support it. Passing this legislation will send the message that we care about Native American girls and women, and will restore a degree of Indian sovereignty.