Those gender rebels at J.Crew 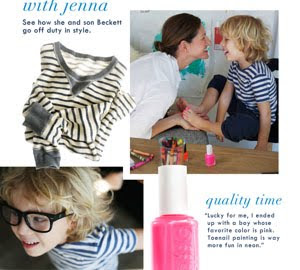 The stir it's causing with the socially conservative parenting police is both predictable and amusing. And even though I'm perennially amused by the fears of this crowd, I'm never really sure that I completely understand them. What exactly is going to result from boys wearing toenail polish and girls playing with trucks?

According to Dr. Keith Ablow, it appears that the following things will result from any variation from the conventional parenting script that requires strict enforcement of properly gendered behavior:

And finally we get to the real problems:

But I wonder about these things, and I think that Dr Keith's claims and the assumptions that they ride on tell us a lot more about his own fears and limitations and insecurities than about the world we actually live in.
But putting all of these basic disagreements aside, Dr. Keith and I do agree on something. I don't really care for this ad either. In fact, I don't care for this type of advertising in general. This ad suggests that buying the right things will bring you closer to your kids. If you just have the right shit in your life, you'll bond with your kids and have fun times with them. And that's what I object to.

Aspirational marketing like this always carries the implicit message that if you want to be x kind of person, all you need to do is buy product y. Choosy moms choose Jif (because what could be better for you than peanut- 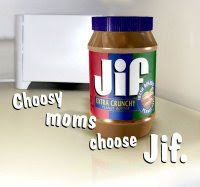 flavored hydrogenated oil sweetened with high fructose corn syrup?). Trendy hip mothers buy stripy shirts and neon nail polish to paint on their boys' toes. I'd like to think that my relationship with my child is not dependent on material things. There's nothing I could buy that would make me be the kind of parent I want to be. And whenever I encounter marketing (every every every day) that suggests that I need to buy a product to be the kind of person I'm supposed to aspire to being, I feel insulted and manipulated. So Dr. Keith got it right. There is a problem here. It's just not the problems he identified.